Here you can take a look at where I have been in the world, and it may give you some inspiration!

Check out my Gallery Here! 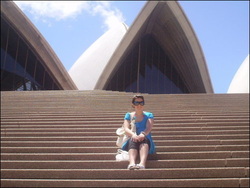 AUSTRALIA -OCT 2007-OCT 2008
Starting in Sydney, I then travelled up the east coast working along the way. Once reaching Cairns I flew to Adelaide for a month and then carried on to Mildura to work. I then went on a 2 week road trip with friends from Melbourne to Darwin where I stayed for over a month. I then took a rideshare to Broome and soon enough flew to Perth to spend my last month in Australia. The best first trip to have ever had! 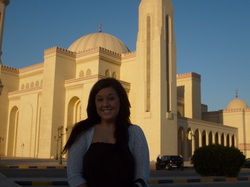 BAHRAIN- DEC 2008-MAR 2009
After bagging a 3 month contract to work in an Irish pub in Bahrain, I flew to its capital Manama with a fellow employee. Not before getting stranded in Frankfurt for 2 days though! Bahrain was a culture shock at first but after our first desert party and meeting a group of amazing friends, life was great in the Middle East! A great experience! 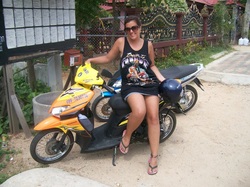 THAILAND APRIL 2009
After returning from Bahrain, I spent a month at home before meeting up with my Canadian Pals in Bangkok to start the first leg of our South East Asia trip. We travelled from Bangkok down to Koh Samui, Koh Phangan, Koh Phi Phi, Krabi and back to Bangkok to head north. We spent time in Chaing Mai & Pai before catching the two day slow boat across the Mekong intto Laos. An incredible beginning. Soooo much fun! 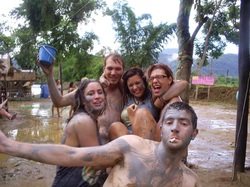 LAOS MAY 2009
The second leg of the trip was Laos, were we went tubing down the Mekong River. Seriously dangerous and now shut down, but such a great experience. We travelled through Luang Prebang, Vang Vieng and Vientiene before crossing into Vietnam via the scariest 24hr bus ride ever 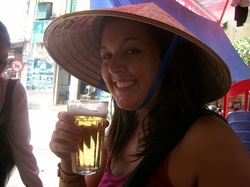 VIETNAM JULY 2009
Following Laos, and the insane 24hr bus trip we ended up in Hanoi, Vietnam. We travelled out to Halong bay for a short vacation from our vacation and shortly returned to Hanoi. We then travelled down the coast stopping off in Hoi An, Nha Trang and finally Ho Chi Minh city. We had such a blast in Vietnam, it was one of the best places Ive ever been and a nice surprise. 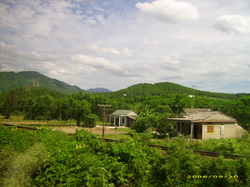 CAMBODIA JUNE 2009
The ‘near’ last stop was Cambodia before heading back to Thailand for a last week of sun in Lamai, Koh Samui. In Cambodia we visited Pnom Penh, Sihanookville & Siem Reap where we got to see the ancient site of Ankor Wat. It was incredible. Such a crazy country, but so great. 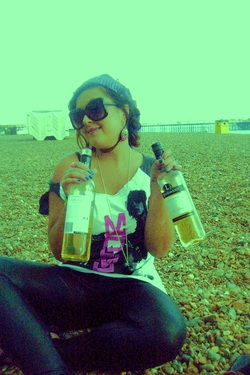 BRIGHTON JULY 2009-NOV 2009
After returning from South East Asia, I decided to move to Brighton for some chilled out beach life. Here i met some incredibly amazing people, had my 21st birthday and had a really fun lifestyle. I also took some time to visit friends in London and Reading! Awesome places! ‘Its Always Bright In Brighton' 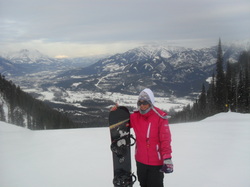 After spending some time in Turkey with my mam after Brighton, I returned home to spend some time with friends and family. I started planning my next adventure to Canada where I planned to visit some close friends of mine and travel across the country.
I started in Toronto, took a bus to NYC for a week of amazing sightseeing before taking a two buses direct to Winnipeg. One of the longest transits in history. I worked in Winnipeg for a while and then moved on to Calgary, Banff, Vancouver & Vancouver Island with my friend Lucy. We then spent the remainder of our time in Carberry, Manitoba staying and working with old friends I had met in Oz. Love this country! 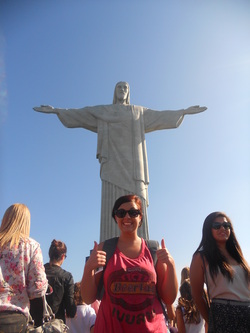 BRAZIL JUNE 2012
So to start the South America trip of 2012, my friend and I flew to Rio. We then travelled to Ihla Grande, Paraty, Florianopolis and Iguazzu Falls before crossing into Argentina. Brazil was not what I had expected, It was SO much more! So much to offer and incredible people & scenery. 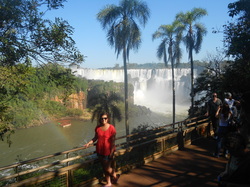 ARGENTINA JUNE 2012
Arriving in Puerto Iguazzu, Argentina, we spent some time at Iguazzu Falls before heading to Buenos Aires.
We then headed up to Mendoza after a quick trip to Uruguay. From Mendoza we crossed into Chile. Beautiful country! 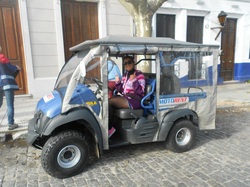 URUGUAY JULY 2012
From Buenos Aires we took the boat to Colonia Del Sacramento where we spent 3 days. We then took the bus to the capital Monetvideo before taking the bus/boat back to Buenos Aires. Such character in this country and we had such a fun time. 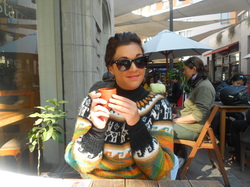 CHILE JULY 2012
Crossing into Chile from Mendoza, our first glmpse of the country were the amazing snow capped Andes right at the border crossing. The scenery changed so much throughout the country, from snow, to beach, to desert it was incredible. We spent time in Santiago de Chile, Valparaiso, La Serena and San Pedro de Atacama before going to Bolivia. Absolutely loved everything about Chile. 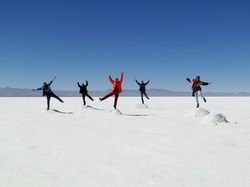 BOLIVIA, JULY 2012
My first stop in Bolivia was the Salar de Uyuni. We had taken a 4 day tour of the Salt Flats which started in San Pedro, Chile & ended in Uyuni, Bolivia. This trip was so incredible was like being on another planet. So surreal and picturesque. Our next stop was Uyuni, then Sucre, La Paz – where I cycled ‘The Worlds Most Dangerous Road’ and Rurrenabaque where we did a 3 day Pampas jungle tour. Bolivia really surprised me and lived far beyond my exectations. I had heard a lot of crazy stories and was slightly nervous from hearing things from fellow backpackers but once I arrived I could see the craziness but also the uniqueness of the country. There really was nothing else like it out there and I think everyone should experience this. 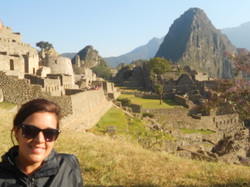 PERU AUG 2012
Peru is home to one of the most famous sites in the world- Machu Picchu. I wanted to go here for so long and as you can tell from te picture above, I made it! We travelled from La Paz in Boliva to Cusco in Peru were I started my 4 day jungle trek with very little time to spare before my flight to Ecuador. I was very lucky. Not entirely lucky though on this trip, but you will hear about that later! I ended the trip in Aguas Calientes and took the train back to Cusco before flying to Quito the next morning. Such an experience and something I can now tick off the bucket list. 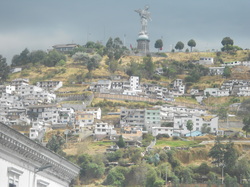 ECUADOR AUG 2012
After catching mys flight from Cusco to Lima, Lima to Guayaquil and finally Guayaquil to Quito I finally arrived in my last country. I had a day to spare here thanks to a last minute flight I had no choice but to book. I had very little time left and would never have made it by road from Cusco to Quito in a few days. Impossible. Thanks to the flight- the long long flight, I made it to Quito with some time to take in the city. I walked around the city for hours snapping photos everywhere I went and was astounded by the architecture and character of the city. I was just sad I didnt have more time here. The next evening I was﻿ to fly to L.A via Miami to start the last leg of my trip. 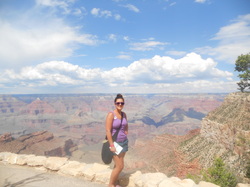 USA AUG/SEP 2012
After leaving Quito, Ecuador, I flew to Los Angeles via Miami. During my 4 weeks in the states I spent time couchsurfing in Long Beach, Ocean Beach, San Diego and Mission Beach. My friend and I then hired a car and toured around through Las Vegas, Grand Canyon, Yosemite, San Francisco, San Jose, Santa Barbara, Santa Monica, Malibu, Newport, Laguna and back to Hollywood. It was such an amazing journey and I loved everything that California/Nevada and Arizona had to offer. The scenery was unbelievable and literally indescribable. I would definitely take to hiring a car in the states again. 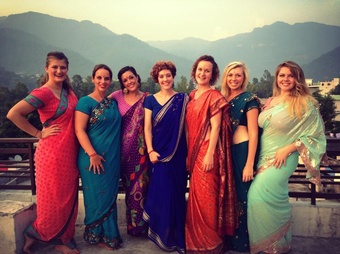 ﻿﻿INDIA - July -Sept 2014﻿﻿
Starting In Delhi, myself and my newfound travel mate Eliza, headed to Agra, Varanasi etc and then headed back over towards Rajasthan where we spent a couple of weeks travelling through Jaipur, Jodhpur, Udaipur, Pushkar, Bundi & Jaiselmar. We then headed down to Mumbai and Goa before we sperated and I went to Rishikesh for my 200hr yoga teacher training at Rishikesh Yog Peeth. It was by far an unreal cultural experience, something i truly longed for, which is why I am returning in Jan 2015. 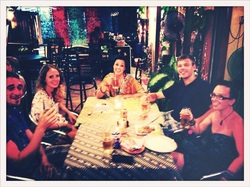 Malaysia/Borneo/Brunei Sept 2013
Following India, I flew to Kuala Lumpur, where i stayed a few days. I then spontaeously flew to Langkawi for my birthday and met some wonderful people. After this, I went to the Perhentian Islands, around Malaysian Borneo and to Brunei which was such an incredible experience. 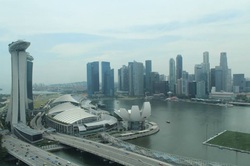 Singapore Sept 2013
Flew to Singapore for a few days where I met some great people in the hostel, went out for a 'food' safari in a mini van and ate all kinds of delicious foods around the city. Had the most random yet epic night out and the next day I explored the city by foot followed by a ride on Singapores version of 'The London Eye'... Amazing! 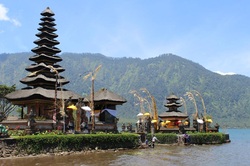 Indonesia Oct 2013
Started in Bali, where i had some wild nights out in Kuta, with some of my previous Malaysian travel mates, among new ones. Headed to Ubud (Eat, Pray, Love) with my new friend Sophie, for some yoga quiet time. When our friends arrived a few days later, we rented motorbikes and toured the island. Spectacular place, has something for everybody! 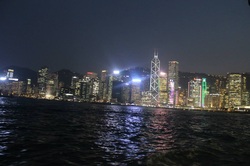 Hong Kong Oct 2013
Arrived in Hong Kong and stayed for 5 days over Halloween. Met up with Nuno & Dorothy, my yogi's from Rishikesh Yog Peeth, and my mate Joe from travelling Indonesia. Explored the whole city and splurged out on some Apple goodies in the city with no sales tax! YES! 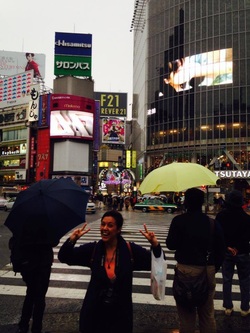 Japan Nov 2013
Started in Osaka, then headed to Nara where I found one of my favourite places in the world, and two lovely french ladies to share memories with. Couchsurfed in Nagoya with Shitetsu and his family before heading to Tokyo for some crazy city fun. Met some awesome people in Tokyo Hostel who I had so much fun with. Spent some time in Hakone, viewing Mount Fuji, which is the day iv spent most travelling.. Craziness! 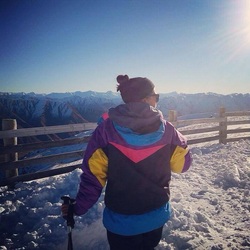 New Zealand 2013/14
Spent 6 months living in Mount Maunganui, Bay of Plenty where i reunited with Midge and Mark who id met in Brazil. I moved in with two awesome people Kiran and Ross who introduced me to so many awesome people. Worked two jobs, Barrio Brothers waitress and Greenpeace fundraiser, before heading full time on a Greenpeace travel trip for the rest of my year exploring the entire country. Incredible life! 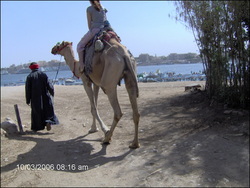 MORE OF MY TRAVELS!
Some of the other places that I have travelled throughout my life are,  UK, France, Italy, Sweden, Belgium, Holland, Spain, Turkey, Greece, Egypt, The Canary Islands, The Balerics and Germany.